Let’s talk about something that I’m really looking forward to visiting: cafés in Japan. I bet that a lot of you are thinking about the well-known maid cafés, or just the regular chic cafés that are so popular in the East, but if you look around on the internet, you’ll find that there are a lot of interesting and fun cafés. There are so many, it would be impossible to visit them all!

Naturally, many people have heard about animal cafés, which are pretty straightforward. Yet there are so many different kinds and they’re mainly meant for people who aren’t allowed to keep pets at home either because of allergies, a too-small living space, or because the pet in question is simply too exotic (raccoons, ferrets, sheep, etc).

There are also some specially themed cafés, like those with a horror theme or a ninja theme, and so much more! But what we’ll be looking into this time are cafés that are dedicated to a single anime, character, game, or game company like Final Fantasy and Square Enix. There are quite a lot of options, so I picked a few of the bigger names out there to present to you, along with some important and interesting information about them.

First up, you should know that most Japanese cafés with a theme work around reservations and time slots. They’re popular, so they set up a reservation system instead of making people wait outside for a spot to open up.

The time slots, however, are something that a lot of you probably aren’t used to. What this means is that you have a certain amount of time, the exact amount of which depending on the café itself. When that time’s up, you’re supposed to leave, so it’s not like you can stay as long as you want. And if you’re late, that just means that you have less time to spend in the café because as soon as your time slot ends, your spot is given to someone else. Most of the time, a slot is 90 minutes, but it can vary from one café to another.

Let’s talk about an all-time favourite: Pokémon. I’m sure that most, if not all, of you have at least heard of Pokémon before, so of course I just had to include the Pokémon Café. That, and the fact that I myself am obsessed with Pokémon!

After reading a lot of critiques from foreigners who went there, I noticed that there’s quite a variation in their opinions.

While almost everyone thinks that the food is really cute, opinions regarding the taste are varied––some really like it and some think it’s sub-par. However, there is more to the experience than just the food. The interior is Pokémon-themed, with everything from small statuettes of Pokémon to Pokémon-themed wall decorations. They even have a big Snorlax and cooking Pikachu plushies. Also, once during every time slot, the cook (either a Pikachu or Eevee) comes out to thank you for visiting and to take pictures with clients.

I know that I haven’t mentioned something very important yet: the price (please do note these prices are rounded up or down). The food costs between 1600-1700 yen. The desserts cost between 1170-1382 yen. Drinks are 860 yen for the more basic ones and 920 yen for the specialty ones, such as one that changes flavor if you stir it for an example (it’s Ditto-themed).

Seeing as it’s quite an experience, and the opinions when it comes to the food are so varied, I would probably still go there at least once, and if you’re there anyway, you might as well visit the Pokemon Center and snag some merchandise!

Another big name that I have a lot of goodies from is Gudetama. Yes, even Gudetama has its own themed café, located in Osaka, Kita ward. I chose this one because it’s a big name and because it isn’t located in Tokyo, since Tokyo isn’t the only place that has fun cafés. (You can always see it as a little addition to the Osaka guide.)

I’m sure that most of you know the lazy egg and seeing as it’s so popular, how could it not get a café dedicated to itself? As you can see, the Gudetama Café is really Gudetama-themed so it might not be for you if you’re not a Gudetama fan. After reading even more critiques, I think that I can recommend it but only if you’re an actual fan. The critiques from people who don’t like Gudetama say that they thought it was a bit over the top. But then again, why visit a character café when you’re not a fan of the character?

While you shouldn’t expect gourmet food, the general consensus seems to be that the food is average. There are of course some who didn’t like it and some who think that it’s delicious, but most think that the taste is okay and that the food looks really cute.

The Gudetama Café is slightly cheaper than the Pokémon Café, but they have less choice. The cheapest main course is onigiri for 980 yen. There are only two other food options: a white curry for about 1100 yen and a special kind of pasta for about 1300 yen.

And then you have the drinks that seem to all be around 700-880 yen. You have a latte and then more special choices like a lemon float. 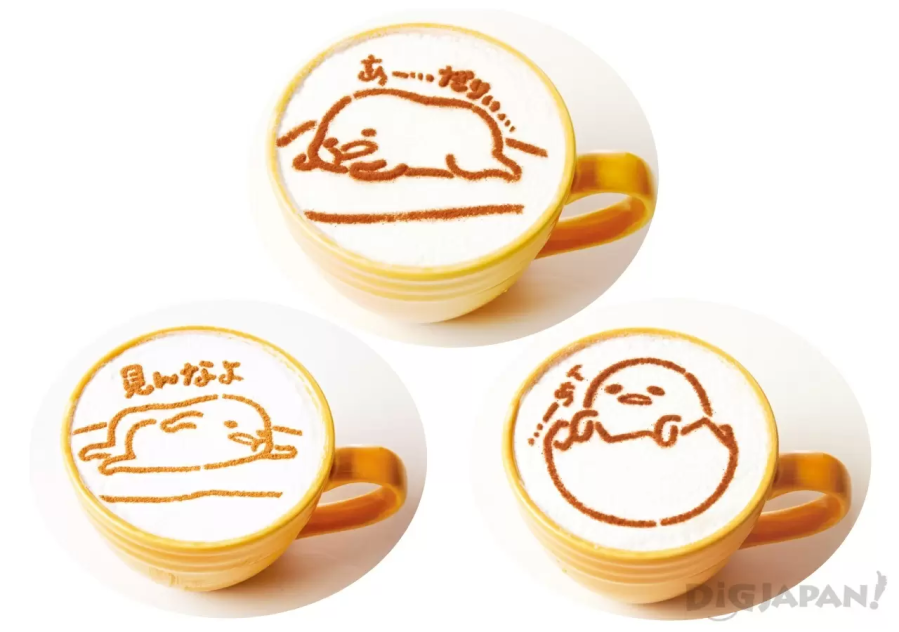 And of course, this café also has a small goodie shop. When I say small, I really do mean small. Don’t expect something the size of the Pokémon Center.

Last but not least, we have the Square Enix café. There is one in Osaka and one in Tokyo. I’ll be talking about the one in Tokyo so if you want to go or went to the one in Osaka, there might be some differences. This one is at Tokyo-to, Chiyoda-ku, Kanda Hanaoka-cho 1-1, Yodobashi Akiba 1st floor.

This one is a bit more special. Square Enix also has some other themed cafés––such as one café focused on Final Fantasy––but what sets this one apart is that it doesn’t have a specific theme. If you go there at different times, the café might have another game as it’s theme compared to before.

This is really fun if you love a lot of their games but it also has its downsides. Since the food in a themed café is always based on their theme, I can’t give you a menu and say that this is most likely what you’ll be able to choose from. The menu in the Square Enix Café changes along with the theme. For example, they’ve had a Nier: Automata theme and a Schoolgirl Strikers theme, so the food and décor changed accordingly.

Another downside of the changing theme is that you won’t see any Final Fantasy or Dragon Quest decorations, or any of the other big games. However if you’re a fan of their smaller games, you might get lucky and it might become the theme of this café. Every downside has its benefits as well. Something else that’s unique is that they actually have take-out here. It’s not much, but it’s still something. Don’t expect more than some snacks, drinks, and coffee, but this is already more than most other cafés.

This café can actually be called a goodie shop unlike the Gudetama Café, but it’s still smaller than the Pokémon Center. While you will mainly find the bigger games here (Final Fantasy, Dungeon Quest, Kingdom Hearts, etc), normally there should still be some items based on the current theme of the café, and if you’re lucky, there might still be some from the previous theme. 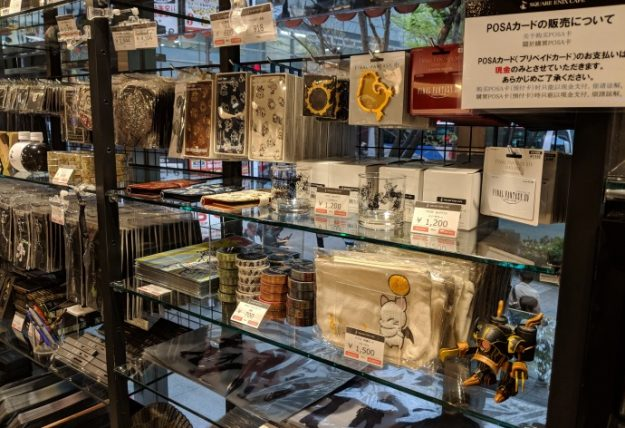 While I only talked about three cafés this time, there are of course a lot more character cafés and cafés with different themes, which will be loads of fun to explore. I do hope that I was able to give you some ideas for when you go to Japan one day, or awaken your passion for all those special cafés. At the very least, this article taught you something new: while everyone always says the food in Japan is delicious, themed cafés are more about the experience and less about the actual taste of the food.

And if I really awakened a passion for Japanese cafés, you can visit some of the links below to try and find some extra ones more tailored to your specific likes and dislikes.

One thought on “Japanese Cafés”